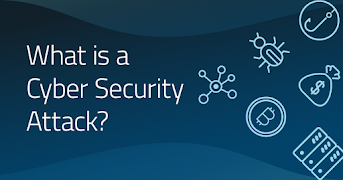 Attack prevention should already need to be started with long-term, and ongoing process. In this days a lot kind of cyberattacks happening around the world, that’s why every company or business need to be prepared for any kind of attacks.

Hackers attack corporate networks to use data for financial gain or for industrial espionage, to illegally use user accounts and privileges, to run code to damage and corrupt data, to steal data and software, to prevent legitimate authorized users from accessing network services, and for a number of other reasons. Hackers normally launch a number of different attacks to attempt to access a network. There are different kinds of attacks.

External attacks are performed by individuals who are external to the target network or organization.

Internal threats originate from dissatisfied or unhappy internal employees or contractors. Internal attackers have some form of access to the system and usually try to hide their attack as a normal process.

Hackers normally launch a number of different attacks to attempt to access a network. Footprinting is the initial step in hacking a corporate network. The purpose of footprinting is to create a map of the network to determine what operating systems, applications and address ranges are being utilized, and to identify any accessible open ports.

These security policies should clearly define the response to follow for each different type of incident, the individual(s) who are responsible for dealing with these incidents, and the escalation procedures which should be followed. The members of the Incident Response team would be responsible for dealing with network attacks and security breaches when they occur. The plan should help you and your employees detect incidents quickly, lessen the impact, and return your business to normal as soon as possible.

Denial of Service (DoS) attacks: DoS attacks are aimed at preventing authorized, legitimate users from accessing services on the network. There are numerous different forms of a DoS attack. The hacker can flood the network with invalid data until traffic from authorized network users cannot be processed. A successful DoS attack can result in the unavailability of DNS services, and in the eventual shut down of the network.

A compromised system is a system that had its security defenses penetrated by a hacker through some form of vulnerability being exploited. For example: Errors in the configuration of a network service, OS bug, or application bug. Before you attempt to determine the existing state of a machine that is being attacked, it is recommended that you first record information such as the name and IP address of the machine, the installed operating system, operating system version, installed service packs, and record all running processes and services. Recording all information which indicates malicious activities. This should include: All files that have been modified, corrupted, or deleted. All unauthorized processes running.

Neutralizing Network Attackers. It is important to review an attack after it has been neutralized. Doing this could provide you with some valuable information on how to prevent the same attack from occurring. While you might not be able to completely prevent the attack from reoccurring, you should at least be able to alleviate the risk. The best method which you can employ to detect network intrusions is to actually monitor for intrusions on a daily basis. While most hackers attempt to disguise their initial network attack activities, you look for any strange activities or strange files on your network. By checking: Firewall logs, IDS logs, Event logs, System data.
Cyber SecurityPlus