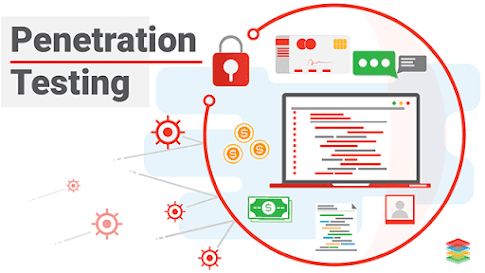 Active reconnaissance refers to the act of attempted to gather information from a group, website, etc. by the use of scanners, software, or a similar method requiring technical knowledge.
Passive reconnaissance is characterized by the lack of technical expertise used to glean information.
As an example, finding employee names from a business’s public-facing website.

A Penetration testing pivot is the first steps into a network or system. The pivot point is the point where the hacker can then branch out and compromise other parts of the system or other devices on the network.
The pivot is basically the initial exploitation that is required to a hacker to compromise the rest of the network.
After this initial exploitation takes place, the attacker/ tester will either hit the systems they planned to hit and go, or use this pivot point as a persistent means to continue to compromise the system.

In a Persistent Penetration Attack, after the initial attack, the attacker will continue to monitor the target network.
As the threatscape changes due to new exploits, or as improved methodologies are developed, these new attacks are compared against the target network to identify new risks.
This more accurately simulates the approach of real-world methods

One way that vulnerability scanning distinguishes itself from penetration testing is the amount of work involved in conducting it.
When a vulnerability scan is conducted it runs on its own to search for compromises based on a database without active involvement.
Ends up not being as thorough, but allows for regular business operation to continue.

The primary purpose for vulnerability scans is going to be to search a system, check back to it’s database of filed vulnerabilities, and point out flaws that match.
An important practice to observe when scanning is to run additional scans after vulnerabilities are found as there may others that have surfaced since the last ones were found and removed.
A possible result from a vulnerability scan is identifying a lack of security controls.
Running a second scan is especially important in these cases as you would need to check if the new controls you put in place still present vulnerabilities.
Attackers often look for systems that are misconfigured, but vulnerability scanners can detect some common misconfiguration settings.
Some scanners can also detect if certain sensitive data is being sent over the networks when it should not.

As compared to a penetration test, a vulnerability scan tends to simply glance over a system to reveal compromises where the latter attempts to break through systems to reveal them.
While a scan has the capability of slowing down a system during its operation it still allow for regular business operation to continue.